Confessions of a Casanova in Kiev

Kiev and Ukraine are known for beautiful women - and it is also no secret that many of these women are looking for a partner abroad, much has been written about the reasons, we have also often and intensively dealt with in this article about Ukrainian women.

In Kiev we met a teacher from England, who has now gained a small reputation as a Casanova. This is 26-year-old Kellen Derry, who has already broken a few Ukrainian women's hearts in his short time in Kiev. We will deliberately leave out moral and ethical questions in this context, as everyone should form their own opinion, and it is probably not to be taken quite so seriously. However, some of his tricks are certainly interesting for men who are seriously looking for a woman and not just an affair. 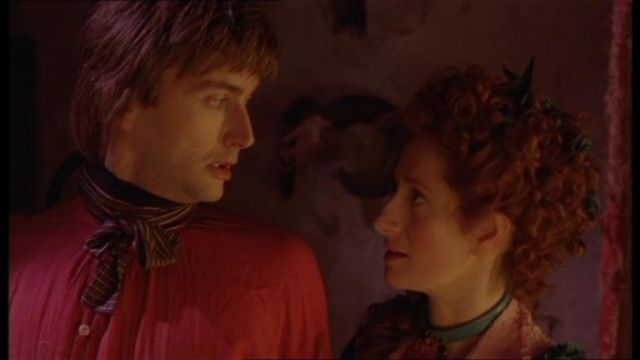 So here is the interview:

You have gained a reputation as a Casanova in Kiev, how did you manage that?

There are two answers to that: 1. one that is obvious. 2. the ability to hide the obvious.

What do you think about this title?

For me it means that women think I am charming and soft. I think it could become a problem if my reputation as a Casanova continues, or rather, if I act like one when I'm looking for a woman and not a girlfriend.

When did you first realize you had the potential to be a Casanova?

My basketball coach asked me a question when I was a kid, I was 10 or 11 at the time. I had just been talking to some beautiful girls from another school, and he asked, "Kellen, can you actually stop sometime?" I knew then that talking to girls was easy for me.

What are your favorite places in Kiev? Where have you had the most success?

Art Club 44 is a good place, although the crowd there is a bit young. I'm not really a typical disco or club-goer. I actually much prefer to use my charm and talk to the girls, much more than dancing and embarrassing myself. You have to know your limits to be successful with Ukrainian women.

It's much easier to get women's attention in a foreign country. Sometimes just speaking English is enough. But smiling and making eye contact are the real keys. And, remember names! Women love to be remembered.

Have you ever met a woman who was unique enough to change her tactics?

There is a difference between a Casanova and a gambler. A gambler has to adapt his habits and tactics to the situation at hand because he cheats on women, a Casanova is accepted by women as flirtatious or charming, he doesn't have to play a role. When I am with a woman, I give her all my attention.

How fierce is the competition in Kiev? Who is your main competitor?

Competitors are actually only Ukrainian men. However, as a foreigner you have a lot of plus points with Ukrainian women, so it's actually not that difficult if you don't act like a jerk.

Ukrainian women are the best in the world

Is Kiev a good place for a Casanova?

Kiev is wonderful place to live. Women in this country are the best in the world. It is hard for me to think of a comparable place that could rival this city.

How long do you plan to play this "game"?

Until my hair falls out.

What advice would you give to prospective casanovas in Kiev?

If you think you are a "budding" Casanova, forget it! If you are, you are not a Casanova. Focus on what you can do and not on what you will never have.

Is there a need for Casanova teachers in today's world, or can you learn everything from the Internet?

There is a need because many people struggle with flirting. Just be optimistic and also just see the supermodel as an average girl. It's the same as with men: imagine your boss in underpants. It works similarly with women 🙂 No woman is better than you, you always have to believe that.

What mistakes do men often make when flirting?

Many men are too dogged and do not understand what the woman really wants. It's really true, just listen to her, or at least try to pretend, then it's not hard to get this woman.

At what point do you give up, when do you realize that things are not going well?

The first time the girl shows when she thinks she is too good for me.

Are you only a Casanova in Kiev or in other cities as well?

As my basketball coach said, it is not possible to stop.

What would women think about you when they read the interview?

Probably they would think "What a *****hole!" But, if these women go to a club or disco, they will most likely have a very animated conversation with guys like me, and they will like it!